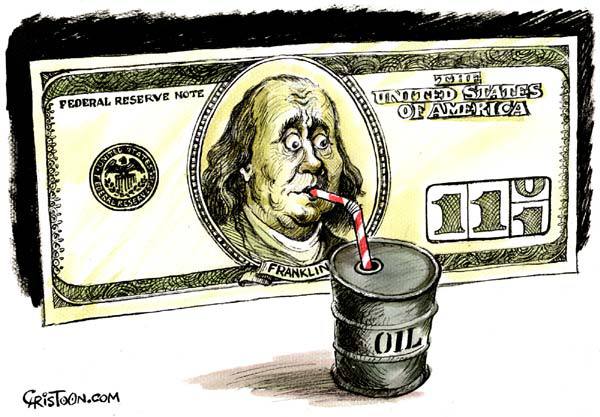 “Think that I a fool, because I trade gold for thousands US an oz.?
You will think much on this in the future.” –ANOTHER

The true value of gold, as a monetary currency, in today’s current US$ values, is over $30,000. If all currencies were destroyed, and gold only was used, this value would be higher. However, currencies will be used in the future, as today, only their value in trade will change. They will no longer be held as reserves, without gold at their side! 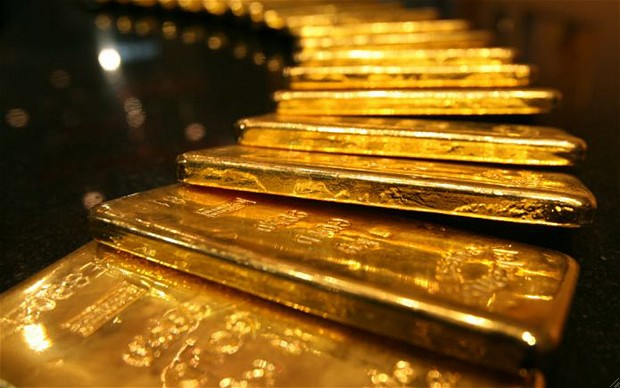 Oljeproducerande land: You don’t care what the current commodity price of gold is, your future generations will keep it as real wealth to replace the oil that is lost. Before the future arrives gold will be, once again valued as money and can be truly counted on to appropriately represent all oil wealth!

You see, when paper trading volume dries up it’s a bearish sign, but when real physical gold volume drops it’s bullish! That’s because gold is being cornered on a scale never seen in history. LBMA is doing its best to show real volume exists!

The Western governments needed to keep the price of gold down so it could flow where they needed it to flow. The key to free up gold was simple. The Western public will not hold an asset that’s going nowhere, at least in currency terms. The problem for the CBs was that the third world has kept the gold market “bought up” by working thru South Africa! To avoid a spiking oil price the CBs first freed up the public’s gold thru the issuance of various types of “paper future gold”. As that selling dried up they did the only thing they could, become primary suppliers!

Ever notice how many important Middle Eastern people keep a residence in London. It’s not because of the climate. The most powerful banks in the world today are the ones that trade oil and gold. It is in the “city” that the deals are done by people who understand “value”! Westerners should be happy that they do because the free flow of oil and gold has allowed this economic expansion to continue this past few years.

Understand that oil is still traded for a certain number of US$ but after the deal is done a certain amount of gold is also purchased “with the future flow of oil as collateral”.

Last one on this topic until more ANOTHER posts. I’m not sure that it would be necessary to have that large a cabul in on the “offer” of oil for gold. Given the rather small market in gold in comparison to oil/currencies it would only take one or two well endowed oil states to pull this off. Here’s why.

Let’s say the Saudi’s have been accumulating gold through the back door ( approx. 5,000 tonnes ) . They sell say 20 Mln Bbl oil a day. Close enough. At one ounce of gold per thousand Bbl oil that’s 10,000 ounces of physical gold per day. That’s a lot of physical gold.

The first few moments after the Saudi’s proposal to trade oil for gold at a very steep discount of 1000 Bbl/oz ( approx. 1.5% of current US$ price ) there would be
roars of laughter. One fast thinker after another would think “Hey. I buy some gold at $300/oz, trade for oil to receive 1 Mln Bbl, then sell the 1 Mln Bbl for US$ 10 Mln. Net profit is

Everyone at once turns to the gold market to buy, which promptly shuts down. Now no one is laughing. Because everyone realizes that gold is now worth at least $10,000 per ounce and no one is prepared for that revaluation. Whoever has gold now has 66.67 times the purchasing power in that stockpile. What appeared to be a stupid offer has now become a complete revaluation of all gold stockpiles vs all currencies.

Who has the gold?

The Coming Isolation of USDollar

The typical human reaction to any infection, vermin, danger, or toxicity is to stand back, to isolate the agent, to trap it, to prevent its further spread or release, then to remove it in a safe secure way if possible using trained professionals. Eventually decisions must be made on the level of acceptable risk on the removal, like what is willing to be lost or damaged or killed in the process. Risk analysis, cost trade-offs, and minimization decisions must be evaluated and executed. The toxic agent in global trade, global banking, and global bond market is the USDollar. In 2009, the Jackass began making a certain firm point. Those nations that depart from the entire USDollar system early will be the leading nations in the next chapter, with stronger foundations, richer solvency, emerging economies, healthier financial markets, efficient credit engines, growing wealth, stronger political helm activity, and better functioning systems generally. Imagine a contaminated blood system that infects, corrupts, and destroys all interior organs from the spread of the toxin. Those nations that stick with the crumbling USDollar system stubbornly will find a horrible fate with devastating effects, rampant economic damage, broken financial markets, sputtering credit engines, tremendous loss of wealth, wrecked supply lines, poverty spreading like wildfire, ruined political structures, social disorder, isolation from the rest of the world, and a fast ticket to the Third World. That is EXACTLY what is happening in the last several months. A division has begun, as the East has been busily installing the next generation platforms, as related to trade, banking, and commercial integration.

Namnet på plattan, The 2nd Law har också en betydelse:
The name “The 2nd Law” references the second law of thermodynamics, which is quoted in the album trailer as follow

“All natural and technological processes proceed in such a way that the availability of the remaining energy decreases. In all energy exchanges, if no energy enters or leaves an isolated system, the entropy of that system incre,cre,cre,cre,c,c,creases. Energy continuously flows from being concentrated, to becoming dispersed, spread out, wasted and useless. New energy cannot be created and high grade energy is being destroyed. An economy based on endless growth is…Unsustainable”

Unsustainable
All natural and technological processes,
Proceed in such a way that the availability
Of the remaining energy decreases.
In all energy exchanges, if no energy
Enters or leaves an isolated system,
The entropy of that system increases.
Energy continuously flows from being
Concentrated to becoming dispersed,
Spread out, wasted and useless.
New energy cannot be created and high grade
Energy is being destroyed.
An economy based on endless growth is
Unsustainable

The fundamental laws of thermodynamics will
Place fixed limits on technological innovation
And human advancement.
In an isolated system; the entropy
Can only increase
A species set on endless growth is
Unsustainable