You don’t need a degree to understand it

We’ve got this profession wrong; a lot of professional economists think what they do is too difficult for ordinary people. You’d be surprised how often these people are stupid enough to say things, at least in private, like ‘you wouldn’t understand what I do even if I explained it to you’. If you cannot explain it to other people, you have the problem.

People express strong opinions on all sorts of things despite not having the appropriate expertise: climate change, gay marriage, the Iraq War, nuclear power stations. But when it comes to economic issues, many people are not even interested, not to speak of not having a strong opinion about them. When was the last time you had a debate on the future of the Euro, inequality in China or the American manufacturing industry, despite the fact that these issues can have a huge impact on your life, wherever you live?

2. Economics is not a science

Despite what the experts want you to believe, there is more than one way of ‘doing’ economics

People have been led to believe that, like physics or chemistry, economics is a ‘science’, in which there is only one correct answer to everything; thus non-experts should simply accept the ‘professional consensus’ and stop thinking about it.

Contrary to what most economists would have you believe, there isn’t just one kind of economics – Neoclassical economics. In fact there are no less than nine different kinds, or schools, as they are often known. And none of these schools can claim superiority over others and still less monopoly over truth.

I accept that being suddenly asked to taste nine different flavours of ice cream when you had thought that there was only one plain vanilla can be quite overwhelming. In order to help, I attach here a simple table that will help you overcome your initial fear.

Economics is a political argument. It is not – and can never be – a science.

Behind every economic policy and corporate action that affect our lives – the minimum wage, outsourcing, social security, food safety, pensions and whatnot – lies some economic theory that either has inspired those actions or, more frequently, is providing justification of what those in power want to do anyway.
Only when we know that there are different economic theories will we be able to tell those in power that they are wrong to tell us that ‘there is no alternative’ (TINA), as Margaret Thatcher once infamously put it in defence of her controversial policies.

It is one thing not to foresee the financial crisis; it’s another not to have changed anything since

Most economists were caught completely by surprise by the 2008 global financial crisis. Not only that, they have not been able to come up with decent solutions to the ongoing aftermaths of that crisis.

Given all this, economics seems to suffer from a serious case of megalomania.

The financial crisis has been a brutal reminder that we cannot leave our economy to professional economists and other ‘technocrats’. We should all get involved in its management – as active economic citizens.

5. We have to reclaim economics for the people

It’s too important to be left to the experts alone

You should be willing to challenge professional economists (and, yes, that includes me). They do not have a monopoly over the truth, even when it comes to economic matters.

Like many other things in life – learning to ride a bicycle, learning a new language, or learning to use your new tablet computer – being an active economic citizen gets easier over time, once you overcome the initial difficulties and keep practicing it.

There is no excuse for complacency. If you organize and demand reforms then a lot of amazing things happen, but it won’t come easy – we have to fight for it. 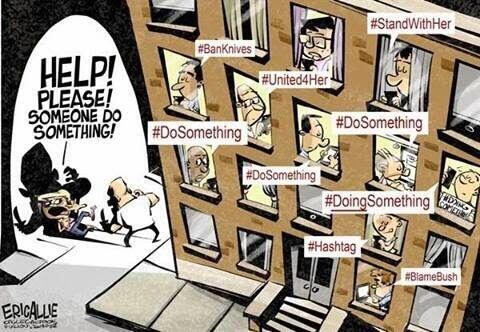