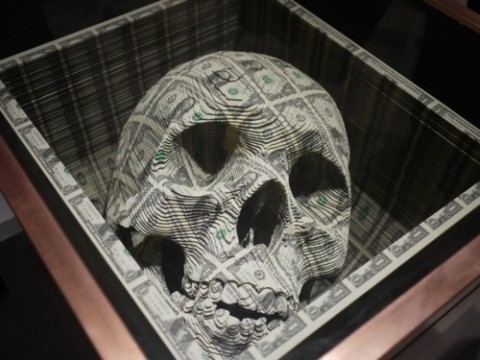 Has The Perfect Moment To Kill The Dollar Arrived?
The idea of “collapse”, social and financial, comes with an incredible array of hypothetical consequences ranging from public dissent and martial law, to the complete disintegration of infrastructure and the devolution of mankind into a swarm of mindless arm chewing cannibals. In an age of television nirvana and cinema overload, I have found that the collective unconscious of our culture has now defined what collapse is based only on the most narrow of extremes. If they aren’t being hunted down by machete wielding looters or swastika wearing jackboots, then the average American dupe figures that the country is not in much danger. Hollywood fantasy has blinded us to the tangible crises at our doorstep.

I expect the event will be spectacular in some ways, but subdued and subversive in many other ways. Triggers may be swift and startling, but the reactions of the populace slow, uncertain, and presumptive. There will be fissures in our foundation, but the complete extent of the danger may take a few more years to become evident. While the public continues to maintain its fixation on some Mad Max nightmare scenario, the real collapse will be taking place right under their noses in the form of 25%-50% increases in food and fuel, tightened job availability with pensions swallowed by austerity, food lines hidden by food stamps until the government finally defaults and pulls the rug out from under entitlement programs, etc. For a time, it will look and feel like a slightly darker version of today, and not the cinematic melodrama that we have come to envision. The worst of times that we often find extolled in the pages of history books come at the cost of years of almost equal disparity, and usually, the lead up is far more difficult to handle than the finale…