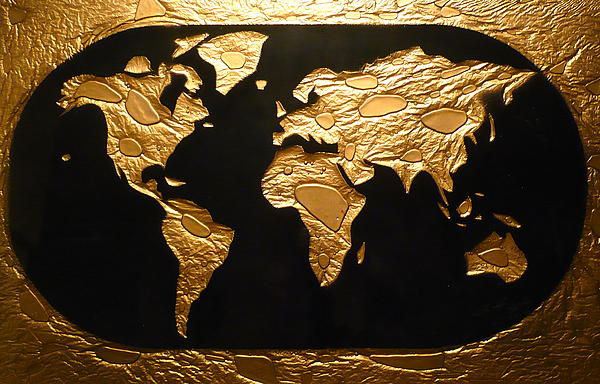 GIVEN THAT THE BREAKDOWN IS IN A STRONG MIDDLE GEAR, NUMEROUS MESSAGES HAVE COME FROM MY BEST SOURCE OF INFORMATION. HE HAS STRONG TIES TO THE GOLD MARKET AND THE EUROPEAN BANKING WORLD. HIS OPINIONS ARE MANY AND VERY ENLIGHTENING. NOT ONE OF HIS INSIGHTS ON MAJOR EVENTS HAS BEEN FOUND TO BE ERRANT IN FOUR YEARS. IN 2010 HE EXPECTED THE BREAKDOWN TO COME AND TO GATHER GREAT SPEED, BUT NOT FOR A COUPLE YEARS. THAT IS NOW. HE MENTIONED THAT IN MAY, A GREAT WRENCH HAD BEEN TOSSED INTO THE JPMORGAN MACHINERY THAT WOULD LEAD TO A COLLAPSE OF THE USTBOND AND ITS DERIVATIVE BUTTRESS. THE EVENTS CONTINUE. HERE ARE SOME KEY ITEMS TO HIS MESSAGES, ORGANIZED BY THEME, HIS THOUGHTS, HIS WORDS, MINOR EDITS PLACED TO FLOW WELL.

A Paradigm Shift is in progress that defies perception in established ways. The bankers who wrecked the system by opposing the free markets falsely thought they would always be in control. Wrong! The bank rescues to date are like a big bucket to scoop water out of the Titanic flooded lower chambers, a futile exercise. The events to date have ripped out the entire bottom hull from the financial market, keeping the analog. The only lifeboats have labels that indicate hard assets, the self-re-pricing assets such as precious metal, valuable commodities, agro/forestry/fishery and essential commercial real estate, all located in non over-regulated and confiscatory jurisdictions in the West. The Hong Kong territory is one of the safest places to store your assets. A total collapse is urgently needed, to remove from power the few who rig the system for their advantage. The implosion is already happening but not yet seen by the general public. An event driven scenario is in progress, but it is anyone’s guess what will trigger the final outcome. The infighting at the round table at the very top already draws blood. Precious metal and agricultural assets are key to survival.

Hardly any investment grade Gold remains available in larger quantities. Good quantities are left at Scotiabank in Toronto, which is a sitting duck that can be drained only during the final act. Persian Gold is being reprocessed in very large quantities in Turkey, given new markings, then sold to major buyers in Asia and the Middle East. The Swiss depositories are mostly cleaned out except for segregated vaults where governments are holding substantial quantities. However, no one trusts the Swiss banks any longer and those depositories will soon be cleaned out. In just 20 to 25 years, the Swiss have lost their historical and coveted integrity. Depending on the situation of the seller, premiums are being paid but some closings are done at spot prices. The physical metal will survive and rule royally, whereas all paper will decay and blow away. We are indeed entering a golden age.

The Euro currency is dead and so is the USDollar. The Euro is running on fumes, while the USDollar enjoys a erection in the morgue. We are at the end of an era, just like when the Iron Curtain fell with an event of smaller scale. The European deal making is absurd theater, where all that ever comes from Brussels summits is well fed and well liquored participants coming out of luxury dining rooms. We shall see precious metal prices in today’s US$ terms go through the roof not before long. Silver will rise to $500 per oz and Gold to $10,000 per oz. These could be conservative projections. The means to control the precious metals prices is gradually disappearing with their forfeited metal. A critical point will be soon reached where the cartel can no longer control the price. The stage they stand on will not tilt, but rather collapse from a lost foundation used to manipulate prices. On the other hand, crude oil could be on its way to $50 per barrel. The big oil producers are already sweating blood and shitting bricks. As mentioned previously, Germany, Holland, Finland, and Austria are the nations calling the shots in a well choreographed sequence whose outcome was agreed upon in April 2010. The events are happening as planned.

My line of query was directed at the Evil Camp to unleash a new chapter nightmare, not to permit white light, fresh breeze, and cleanup to come so neatly. My suspicion is that the Boyz will attempt to destroy much of the world, rather than turn over control and face criminal prosecution, or endure vanishing acts by the new captains. My expectation is that the bankers will turn on each other, the survival of a few stronger or more connected or more involved could likely depend upon eating and devouring some weaker rivals and then putting blame on them in the aftermath.

He responded. These banksters are very naïve, easily being pushed onto their own sword. They have been busy shoveling themselves as excrement. The strategy of divide and conquer always succeeds. The real powerful people are going to play Cowboys & Indians with the United States next, where the entire US will act as the Indian victims this time. It will not be funny at all, this global counter-attack to bring an end to financial tyranny. Some executives from the powerful banks are running for the exit to cut deals before all comes crashing down. The lid on corruption has blown off, finally visible. The system has already cratered big time, having been broken over two years ago. The news came that ex-CEO Bob Diamond from Barclays would forgo up to $31 million in deferred bonuses. He predicted the blocked bonus four days before it became news. He believes Diamond bought some time and probably will not go to prison in Europe. But as a US citizen and passport holder, he will likely be prosecuted by the US authorities. He might see jail time, unless he dies from an accident in order to protect his family. Plenty of precedent there.

The shock waves only now are reaching the surface, after much effort to contain the damage. The old system is broken beyond repair but the new system has not been launched yet. The old system must first be wrecked to the ground in totality, in order to assure no migration of old Boyz from the old system to the new system. They must be isolated and dealt with. The sequence of events appears to be a slow motion implosion, but the process is actually unfolding with lightning speed. Most people cannot comprehend what is happening, as they tend to come to the wrong conclusions from patterned thinking that no longer is relevant. The Jackass belief is that deeply rooted wrong-footed assumptions interfere with the mental processing of events, like beliefs that my government is basically good, our leaders have our interests in mind and strive to keep us safe, the military protects our nation, and respect for private assets is a constant. Wrong, wrong, wrong!

The damage done to the customers in the entire banking community from this market rigging scheme goes in to the $trillions. Little Metzler Bank of Germany is putting a telephone pole up Deutsche Bank’s rectum in the LIBOR fraud, decorated with razor wire. Expect to see the big banks taken down now one after the other. The D-Bank CEO Ackerman has already been dismissed. American banker CEOs are next. The blowback from this scam is so big that the damages could be incalculable. In fact, the resolution could force a global war, which cannot be ruled out any longer. When one pillar at a time is removed from big buildings, an event drive scenario is triggered. The buildings are all connected by vast cable systems.

A religious element is laced within the European crisis. The Northerners (Germans, Dutch, and Finns) have strong resolve, marching in lockstep. These Northerners are all Protestants whereas the Club Med legion are all Catholics. The EU leaders are Catholics, some associated with secret societies and pedophile rituals. Many century old and deep rooted resentments and animosities underneath that are boiling with big bubbles to the surface during the ongoing crisis. If sufficiently frustrated, a internal war in Europe could occur, since the players are bellicose people. The Northerners are freedom loving, strong willed people and fierce warriors. Recall the Battle of Varus in northern Germany where a few legions of the Roman Army were annihilated (SEE LINK).

The key to the next chapter is a growing alliance between Russia and Germany. All pipelines coming from Russia end in Germany. The largest roll-on & roll-off rail facility is in the port of Finofort in Germany on the Baltic Sea. The North Stream pipeline is going from Russia, across the bottom of the Baltic Sea, all the way to Germany, where it terminates at Lublin. The rail network from China passes through Russia and on to Germany. An entire network of rail systems is being fixed for heavy duty rail transport. Test runs have been successfully concluded. Chinese and Russian companies have been buying up the majority of former East German airfields, where heavy lift cargo planes come in every day to deliver good to large scale industrial facilities, destined for making finish products and distribution in the EU. An important point is that German obtains from Russia its raw materials including metals and energy. It is not the Middle East, and therefore the strategic thinking is not skewed. The open trade is brisk. The German foreign policy is not written by a small nation on the Southern Mediterranean.

In order that nobody believe this intriguing man to be perfect, he has had only one error in his view of unfolding events. A great many events have occurred, with clear forewarning by him and his expansive team, events unfolding much as he expected. Events where decisions were made have been shared, which shine a light on the path of events to come. In the summer of 2009, he expected an imminent powerful upward move in the price of Gold & Silver during the yearend holiday season. Instead, it occurred one year later, exactly in magnitude as described but with a time lag. A very forgivable faux pas by a brilliant, connected, and generous man. We lock horns on certain matters, but they are minor and pertain more to style. He has my greatest respect and gratitude. His shared views have helped hundreds of Hat Trick Letter readers to comprehend the unfolding events with less confusion harbored. He has helped many to enjoy financial reward. The future reward will be an order of magnitude larger.